Pioneering ideas to improve antidepressant therapies are greatly required since existing antidepressants are moderately effective and the response rate in patients suffering from depression is approximately less than 50%. Moreover, 5-10% of patients show no response to treatments. Custom Research Organization (CRO) Taros Chemicals GmbH & Co. KG, Germany, the Centre for Biomarker Research (CeBioR) at the University of Huddersfield, UK and the Pivot Park Screening Centre (PPSC), Oss, NL have jointly identified novel small molecules that might be transformed into a new medical treatment of depression and/or even the potential in the treatment of pain, which is often co-morbid with aforementioned condition. All organizations are part of IMI’s € 196m early drug discovery initiative “EU Lead Factory (ELF)” where Taros is also leading the chemistry efforts.

An exciting innovative target involved in these debilitating conditions was discovered by Dr Patrick McHugh, University of Huddersfield. “We don’t have the facilities to carry out large scale screening campaigns to fully assess the possibilities of our findings. That’s why we’ve used the connections in ELF and formed a partnership with Taros Chemicals and PPSC to counter this problem and enable further investigation of this target and its potential to modulate disease,” said Dr McHugh, Director of the University of Huddersfield’s CeBioR.

The collaboration between the three organizations perfectly combines their respective skills: drug target engineering and development of advanced disease models at the CeBioR, medicinal chemistry and synthesis expertise available at Taros Chemicals and PPSC’s excellence in high throughput screening (HTS).

“This project is an example where a medium sized contract research organization such as Taros takes the leadership in bridging the gap between early discovery results obtained in academia and industrial requirements for the development of new drugs. In the following steps of the project, Taros Chemicals will be making initial hit analog compounds at its Dortmund based labs and drive their transformation into the potential drug candidates. This will be supported by our medicinal chemistry and computer-aided drug discovery expertise,” says Dr Anna Karawajczyk, Principal Computational Chemist and Project Leader at Taros Chemicals.

“We applied our assay development and HTS expertise on the target discovered by Dr McHugh’s research team to develop an assay that could be submitted to the ELF. Subsequently, the entire Joint European Compound Library of approximately 400,000 compounds was screened, followed by triaging using several orthogonal and deselection assays. This resulted in 50 confirmed hits. These promising compounds will now be further developed by the consortium,” said Dr Helma Rutjes, COO at PPSC.

This collaborative project forms an excellent starting point for further study and validation of the target’s role in depression and the development of a new therapy against major depressive disorder. Further analysis and testing of the different compounds is predicted to lead to an alternative medicine to treat depression as well as chronic pain, extending the range of treatments available on the market.

About the European Lead Factory

IMI’s European Lead Factory is a unique, collaborative platform for early drug discovery. It offers unrivalled opportunities to any European academic or SME working in any therapeutic area for the discovery of new diagnostic or drug lead molecules; compounds that can result in the development of novel treatment options for patients. To this end, the European Lead Factory provides a high-quality compound library, industry-standard screening facilities and drug discovery expertise. The European Lead Factory was launched in 2013 and is managed by an international consortium of 30 partners. The research leading to these results has received support from the Innovative Medicines Initiative Joint Undertaking (IMI-JU) under grant agreement n°115489, resources of which are composed of financial contribution from the European Union’s Seventh Framework Programme (FP7/2007-2013) and EFPIA companies’ in kind contribution. For more information, please visit www.europeanleadfactory.eu.

This project has received funding from … 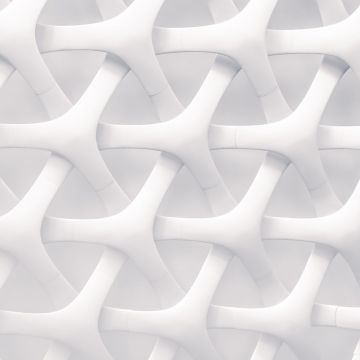