Abstract:
In total, 47,500,000 people worldwide are affected by dementia and this number is estimated to double by 2030 and triple within 2050 resulting in a huge burden on public health. Alzheimer’s disease (AD), a progressive neurodegenerative disorder, is the most common cause of dementia, accounting for 60–70% of all the cases. The cause of AD is still poorly understood but several brain abnormalities (e.g., loss of neuronal connections and neuronal death) have been identified in affected patients. In addition to the accumulation of β-amyloid plaques in the brain tissue, aberrant phosphorylation of tau proteins has proved to increase neuronal death. DYRK1A phosphorylates tau on 11 different Ser/Thr residues, resulting in the formation of aggregates called ‘neurofibrillary tangles’ which, together with amyloid plaques, could be responsible for dementia, neuronal degeneration and cell death. Small molecule inhibition of DYRK1A could thus represent an interesting approach toward the treatment of Alzheimer’s and other neurodegenerative diseases. Herein we review the current progress in the identification and development of DYRK1A inhibitors. 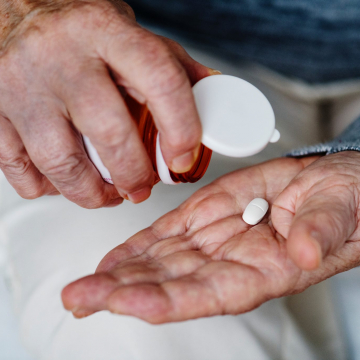 © 2018 Taros Chemicals GmbH & Co. KG. All rights reserved.
Collaborative Approaches to Lead GenerationPublications
Construction of a recombinant biocatalyst for the production of phenylacetic acids and phenylethanols from styrenesPoster